Minecraft Terraforming Is So Realistic It Will Blow Your Mind

Creativity arises when we don't expect it. When Notch, the creator and developer of Minecraft, was cut off from his grants during the development of his game and had to completely rethink the structure of the project, he certainly did not have in mind the turn of events that took place! 9 years later, 100 million copies sold and purchased by Microsoft for more than 2.5 billion by Mojang studio, Minecraft has met a success that few anticipated. When something becomes an object of pop culture, fans have changes the ways of playing into their own. Some have begun to rebuild neighborhoods, cities or monuments, others have designed cube-by-cube frescoes. Very quickly, the Swedish game went beyond the principle of survival and randomly generated to become a digital art form in itself.

A wave of creativity, a new kind that landed on the servers of this game, which we find the infamous ‘Terraforming’. The concept behind this practice is to take a new terrain, to make it as realistic as possible. These are quite ambitious projects that require a lot of patience and the sharpened sense of detail is impressive. From summits to volcanoes erupting, the result is intense. 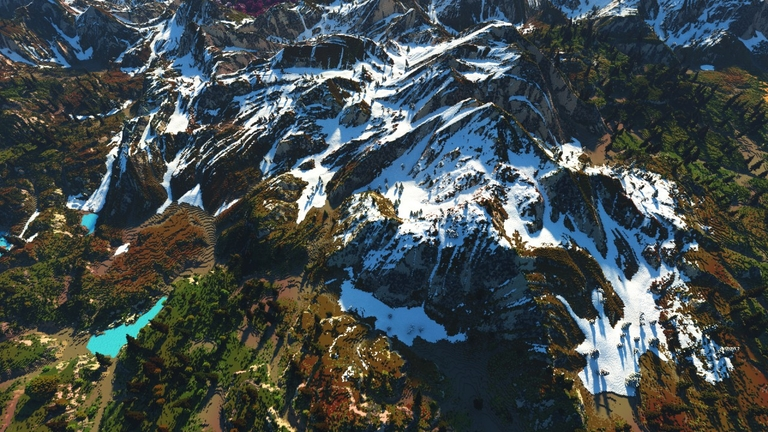 You Can Now Download 50,000 Works From The Met’s Digital Collection