An Unusual Way of Printing...Using Nature

Binh Danh is a Vietnamese-American artist who became known in the late '90s for his photographic print on paper using chlorophyll. Born in 1977 in Vietnam, he migrated with his family at the age of 2 to the United States. It was around the age of 20 that he began to combine his 3 interests, science, history and art, to create a unique expression full of symbols. Marked by the heavy past of his country of origin that he does not know, he starts printing photographs of the Vietnam War on leaves of his garden.

The method isn’t very complicated. Just put a negative of a photograph on a sheet and cover it with a glass plate, then expose it to the sun for 1 to 4 weeks depending on the weather. Chlorophyll is the pigment that gives trees a green color by photosynthesis of the light they receive. By covering the sheet with a negative, the treatment of the light is altered and the shadows of the photo are transposed on it. The result is a photograph embedded in the sheet, which gives the impression of a more natural and older look.

The subject of the Binh Danh leaf photographs, the Vietnam War, reinforces the scope of his work. By choosing pictures of potentially dead soldiers in Asia, the leaves look like they have been marked with a ghost mark. At the same time, they evoke the abundant vegetation of Vietnam, which remains forever as the main witness of the atrocities that took place there. 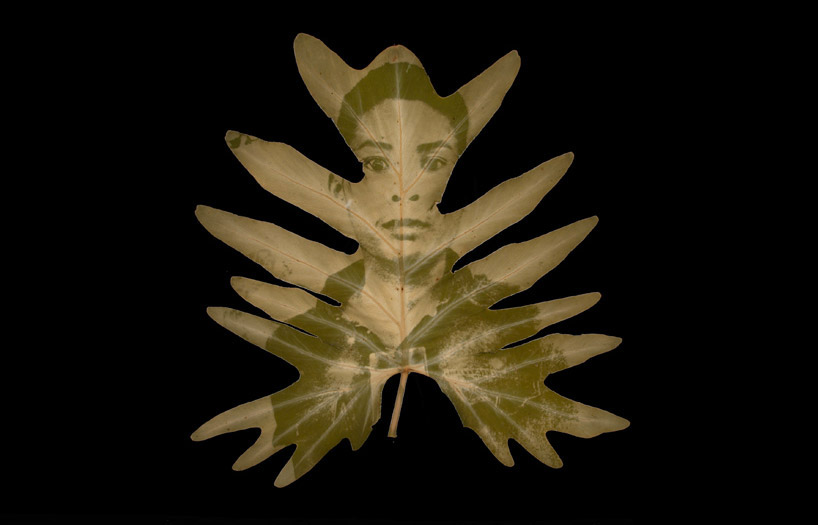 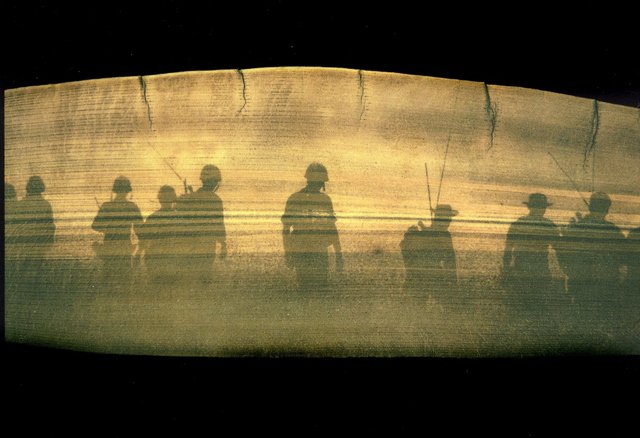 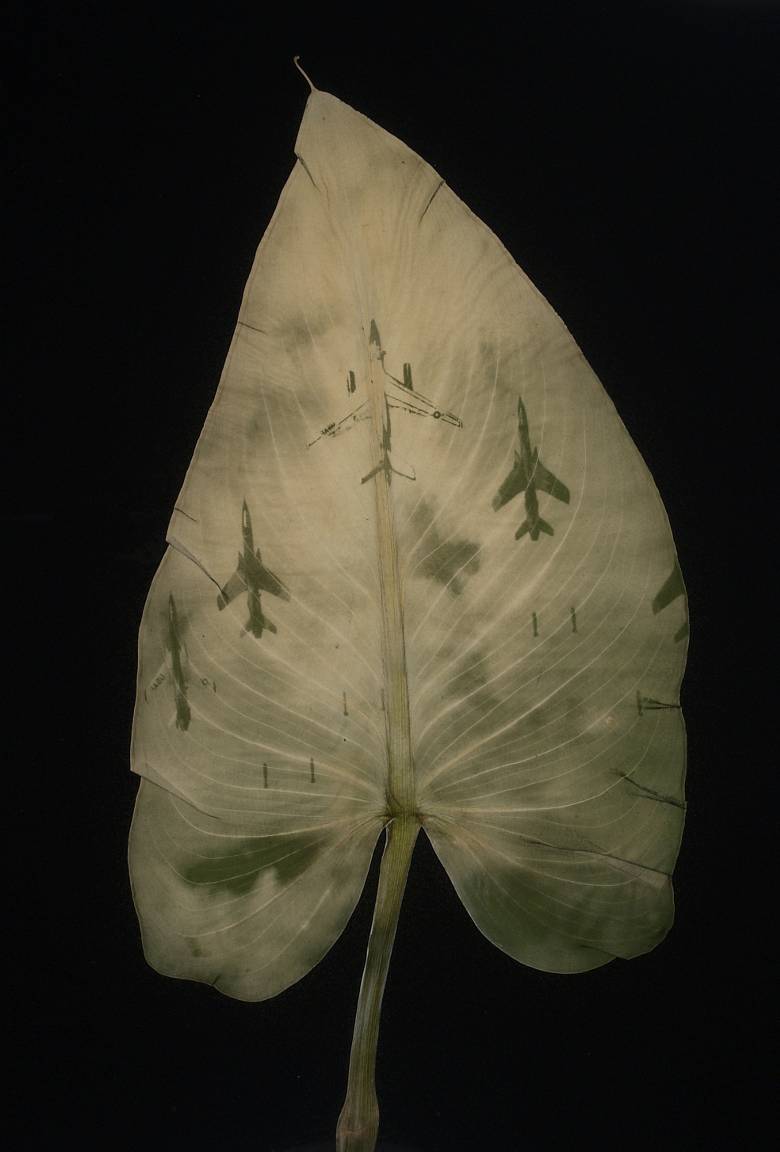 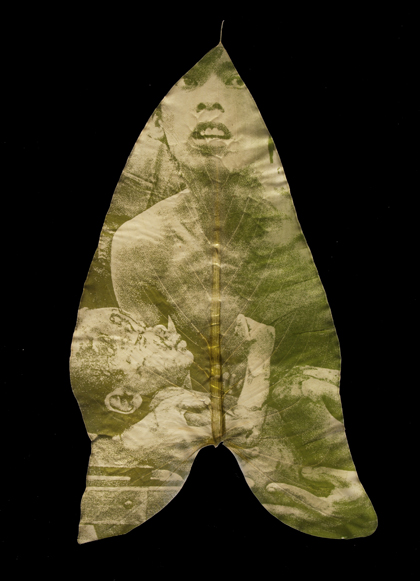 Love Without Air Is Strange