Portraits Made Up Entirely of Words

The In Their Own Words series

The art of the Portrait

What is considered a good portrait? In literature, a portrait is a description showing the completeness of the person represented. It’s an accumulation of adjectives and traits of personality that help the viewer understand the center of the subject. In photography, the portrait captures a person in a lesser-known intimacy. It reveals what is deepest in someone's eyes and allows one to guess their character in a symbolic way. In drawing, it's a bit like in photography, except that the author has more power over their work, it’s the artist who decides the features put on the sheet and it’s by these traits that the artist can transmit with more or less success what characterizes a being. To summarize, a portrait is a representation that speaks to us, which gives us clues about what makes up a subject. First on the external appearance of the person, but also on the spirit that inhabits this body, their personality. 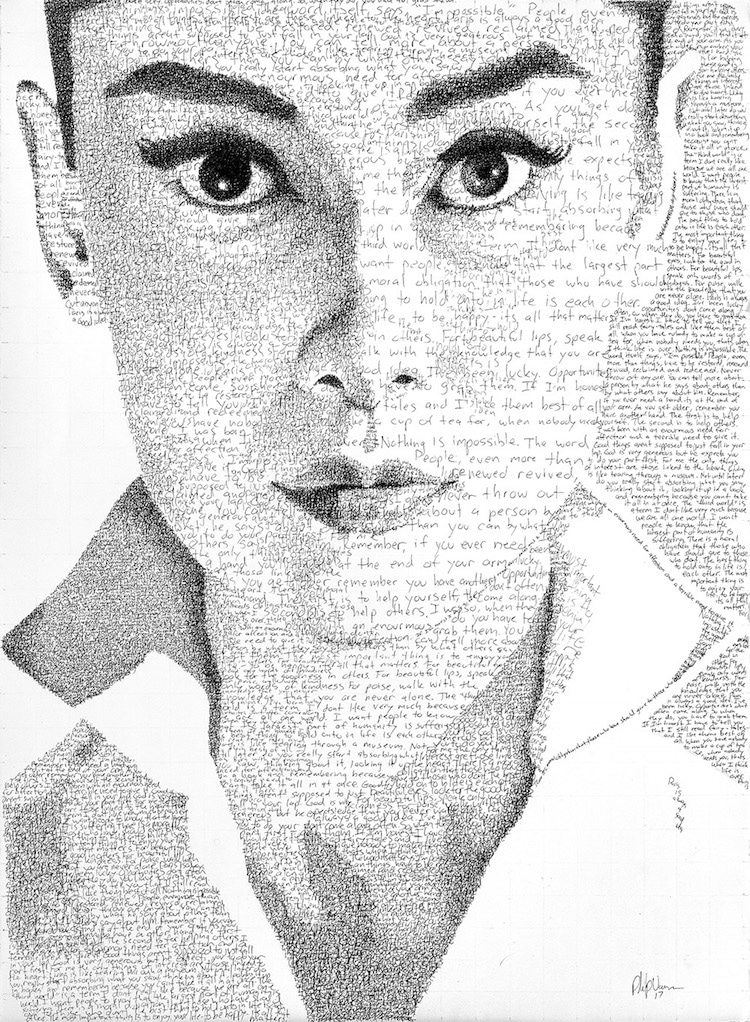 Portrait according to Phil Vance

Phil Vance understands everything about portraiture. Since a portrait speaks to the viewer, why not add words. He began to draw portraits of celebrities by assembling phrases that characterized or pronounced them. It is a meticulous job that he has managed to lead to a convincing result. His portraits are extremely precise by adding the combination of drawing and letters. The artist started from a simple idea, he "imagined portraits in which we could see through the characters and even read their thoughts." At first, his portraits were made only in black pen, but he recently decided to try color, painting each individual letter with acrylic paint, including the portrait of the Joker from the Dark Knight. His portraits are available on his website but here we have put together a small selection for you to admire! 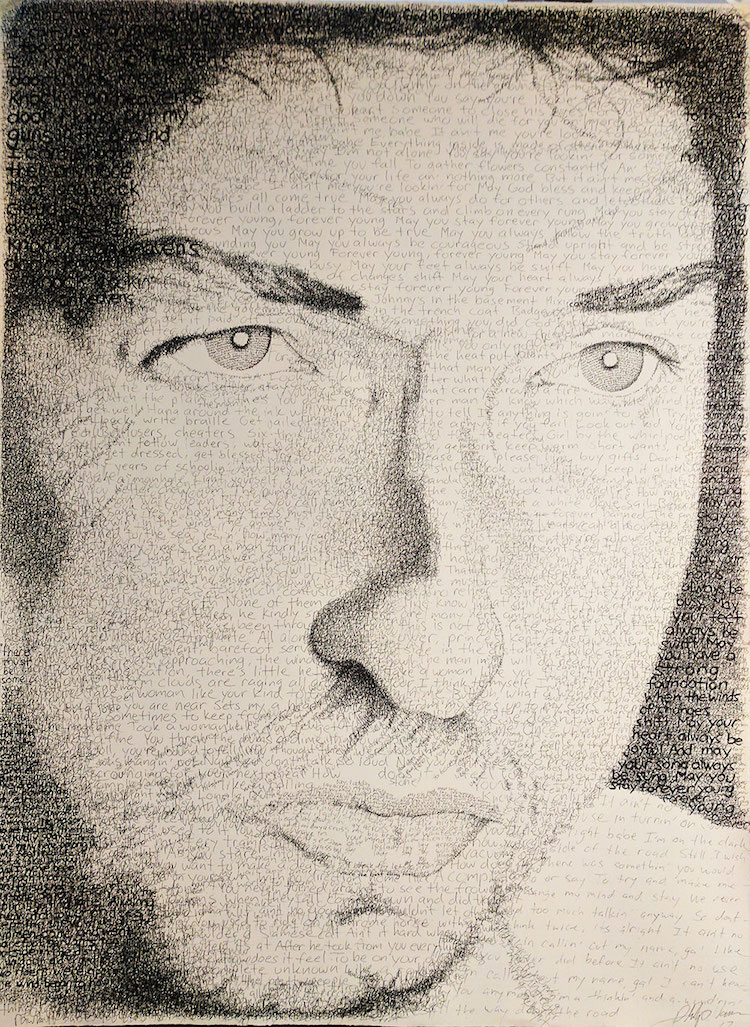 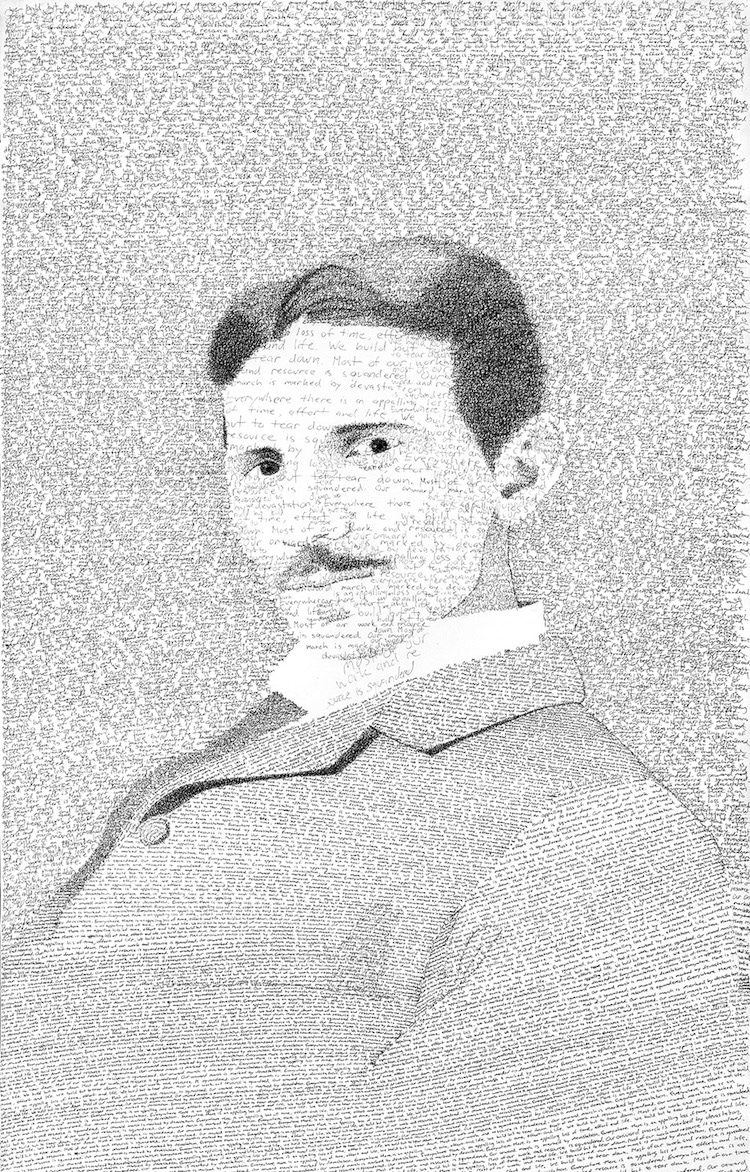 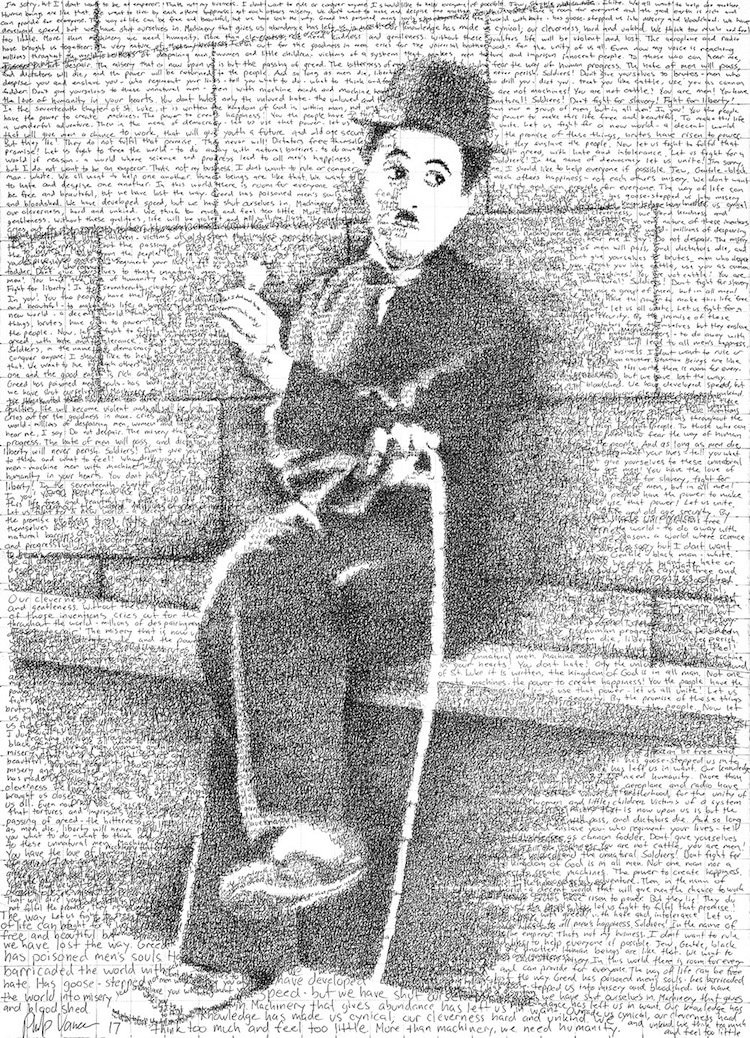 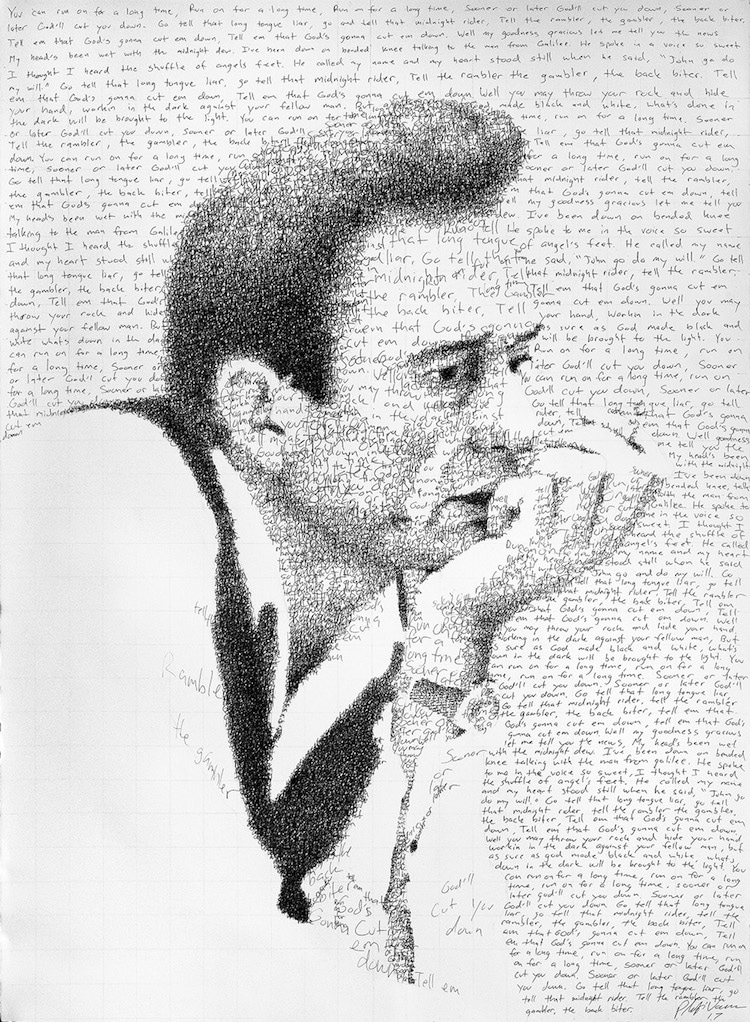 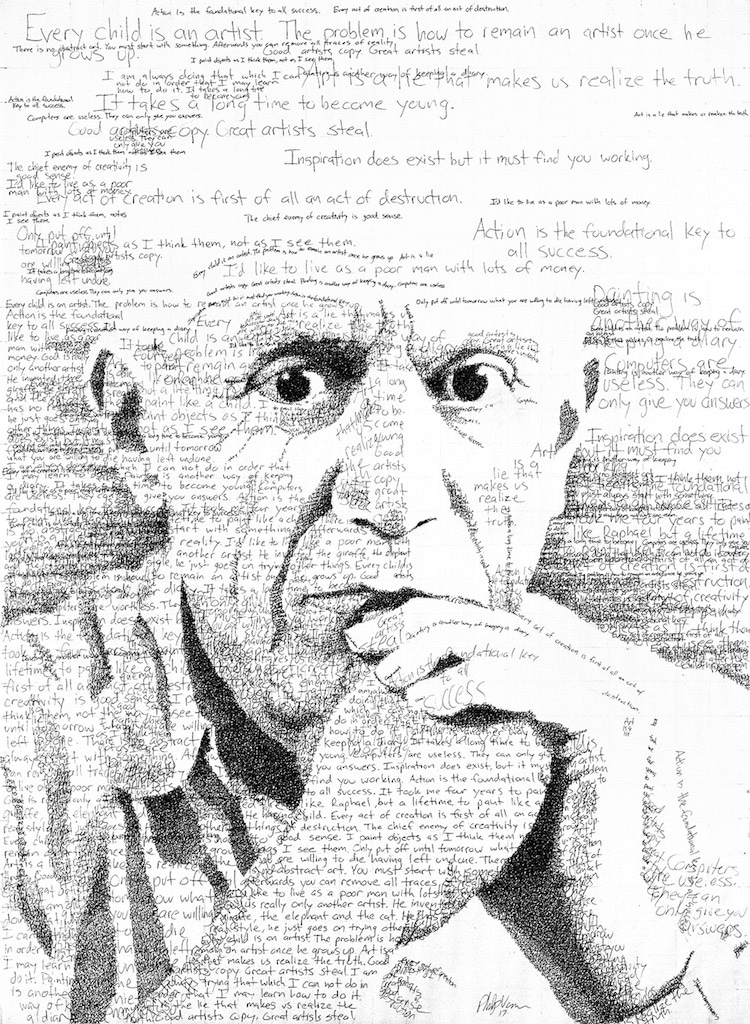 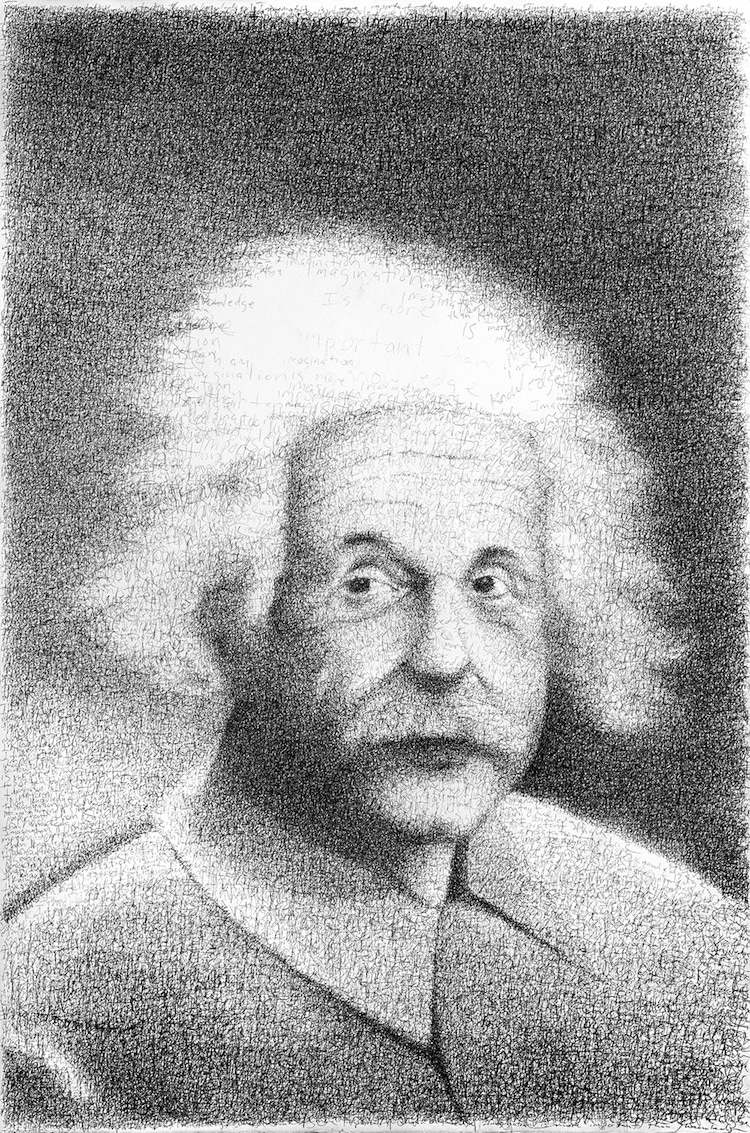 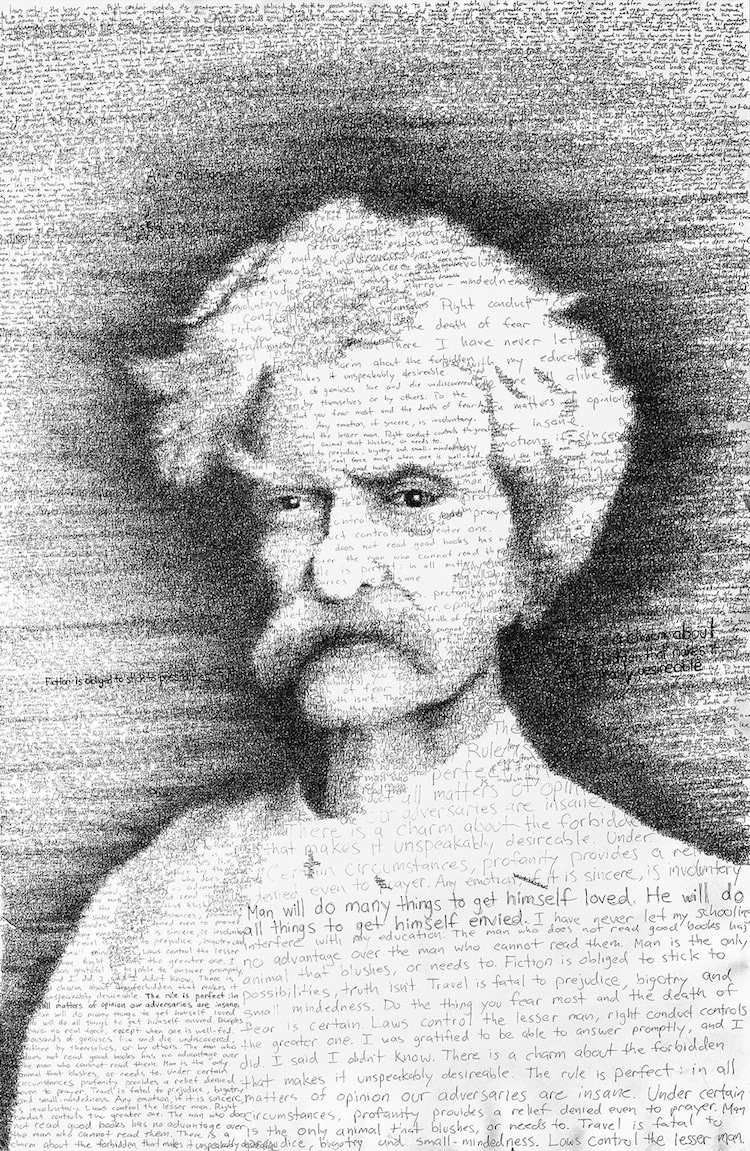 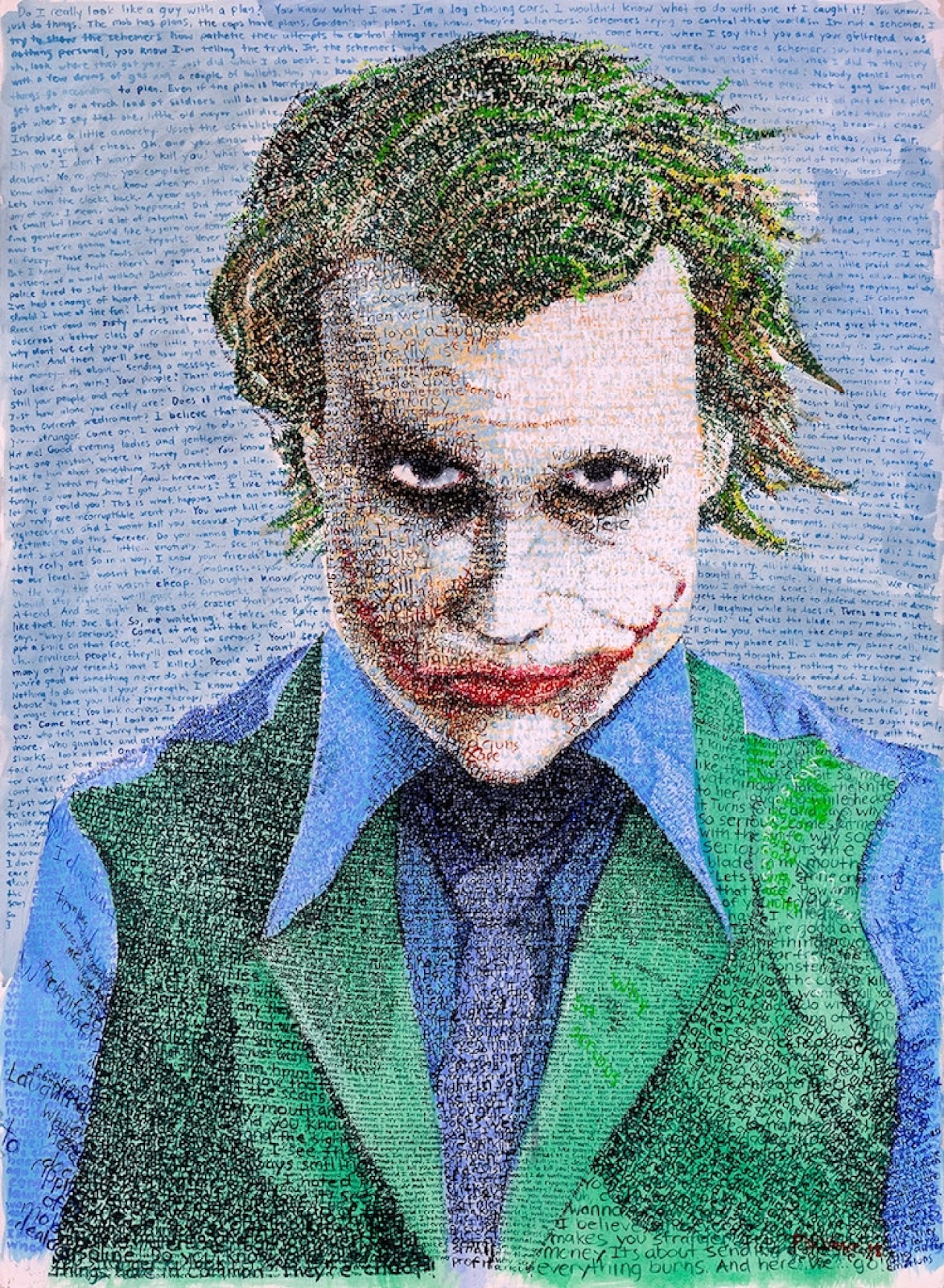 Heath Ledger as the Joker from The Dark Knight Photographer Shows Us The Differences In Identical Twins "Parisian Floors" Instagram Takes You On A ColorFul Journey Through Paris